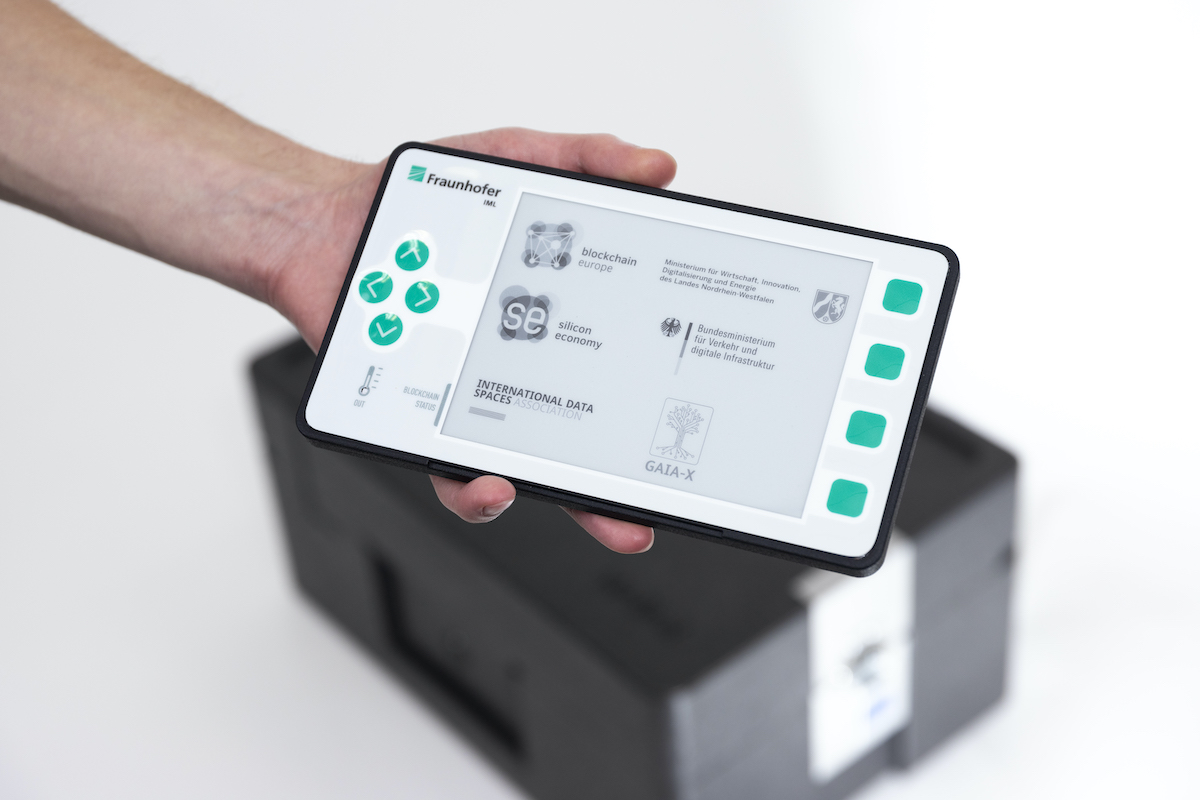 With their »Blockchain Device«, Dortmund scientists have presented a future-oriented prototype for monitoring temperature-sensitive goods such as food, medicine, and vaccines along global supply chains. It is the first device to be developed by the European Blockchain Institute as a prototype for a whole series of blockchain-based developments “made in NRW”.

Experts expect large parts of logistics to be entirely digitized within the next three years. »The digitization of process and supply chains using artificial intelligence heralds the beginnings of a new era, and not only in logistics. Digital platforms will become the mainstay of an upcoming Silicon Economy«, agree the Managers of Fraunhofer IML, Prof. Michael Henke and Prof. Michael ten Hompel.
The European Blockchain Institute at Fraunhofer IML in Dortmund will play a crucial role in that development. »This is where the first prototype will undergo further development to create a series of blockchain devices. In future, they will actively negotiate via Smart Contract, trigger transactions and book payments. Every action will be clearly identifiable and traceable via the blockchain network«, emphasizes Michael Henke.

The »blockchain device« is a completely new development, from the computer hardware and the software for the temperature sensor to the blockchain client itself. Only 9 mm high, it can be inserted into a standard container like a plug-in card. It has 5G-compatible communication, a high-resolution ePaper display (1440 x 1072 pixels) and a number of sensors (temperature, acceleration, position). Battery life is more than 14 days in continuous operation and more than two years in low-power operation.

With this blockchain-capable IoT device, real-time data capture and real-time autonomous control of supply chains will become reality. The secure integration of physical and monetary-relevant processes in a blockchain-based ecosystem guarantees horizontal and vertical networking. Position and sensor data document a thorough monitoring of the supply chain including the conditions that have to be met. Moreover, the device is »IDS-ready«, i.e. prepared for implementation in the International Data Space.

»We are pursuing the changeover from the Internet of Things to the Internet of Values«, said Prof. Michael ten Hompel, Managing Director of Fraunhofer IML, who presented the »Blockchain Device« during the award ceremony for the Innovation Prize of the State of North Rhine-Westphalia 2020 in the honorary award category. »By means of blockchain technology, not only data but also real values will soon be negotiated and booked in a legal and process-reliable manner. In the near future, the following will not only apply to logistics: no blockchain – no business«.

Here are the key data: 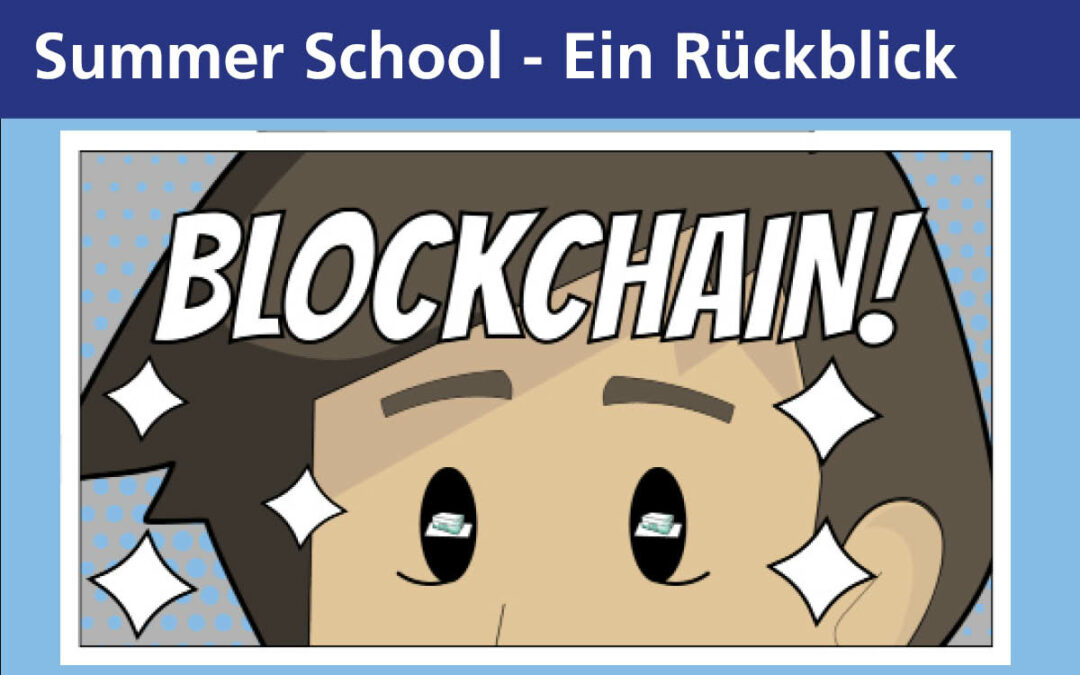 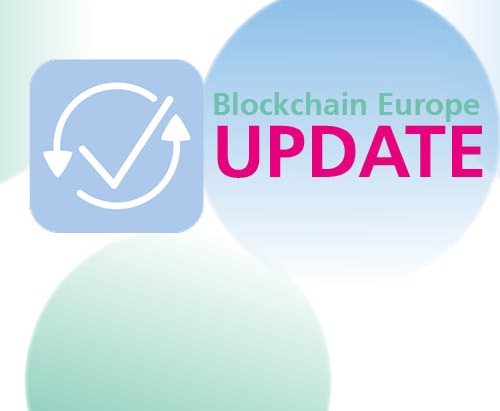 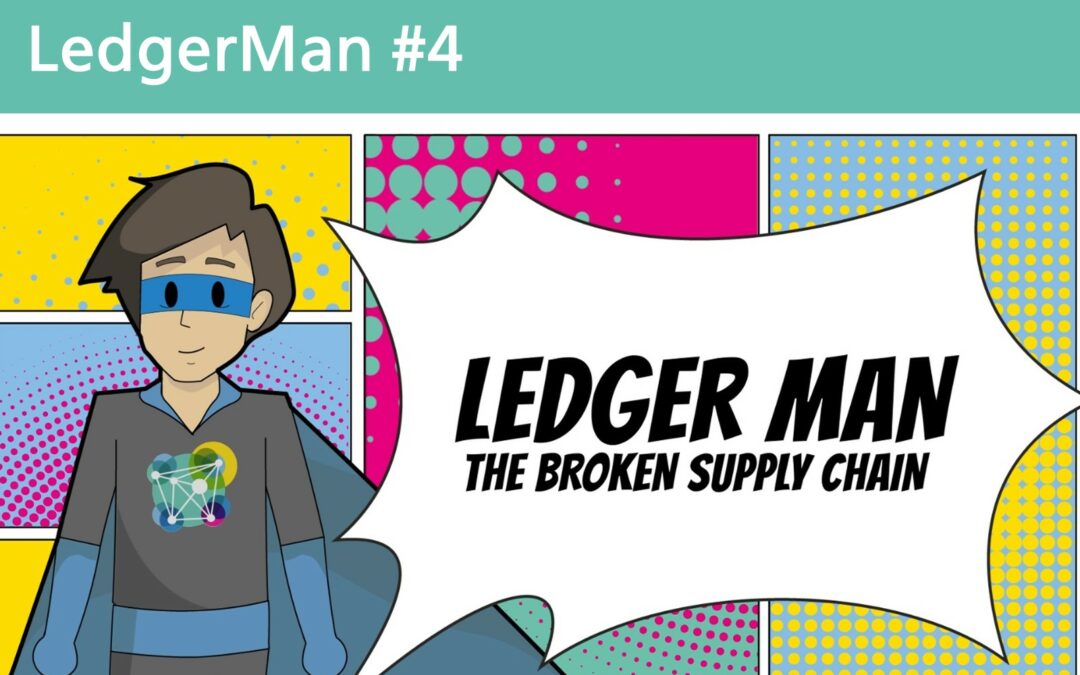